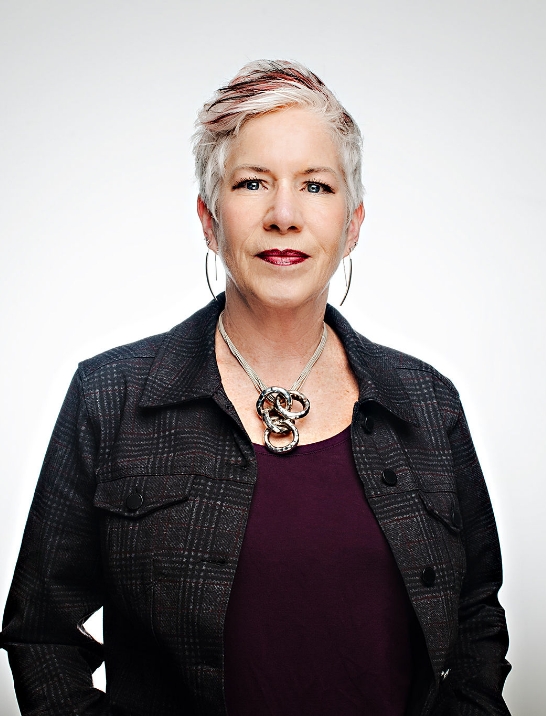 The shame and the guilt, they paralyze you. They keep you in the relationship because you're afraid to talk to anybody about anything.

As a Family Lawyer who has been practicing in Kitchener-Waterloo for 17 years, Heather Caron frequently encounters domestic violence in her line of work. In her role she said, “I represent one party or the other, either the husband or the wife, whether they’re married or common law. I represent them in custody, access, divorce, support issues.” She explained that there are many ways to move parties through the process including litigation, mediation, and collaborative law, but a great part of what she does is helping people manage their expectations and cope with the heightened levels of stress.

For cases involving child custody, Heather said the question that the judges need to consider is, “Is there domestic violence towards one of the children or towards any other member of the family?”

This is legislated in the Children’s Law Reform Act under Section 24, Subsection 4. Despite the law, she said that in her experience, it is rare that any form of domestic violence other than physical abuse is taken seriously.

An Early Encounter with Domestic Violence

It is not only her experience as a lawyer that makes her especially adept to handle cases involving domestic violence, she has also experienced it personally.

“I have a lot of insight into that situation now. I know what to look for. When people are being a little vague, I know to probe a little bit more because of my past experience,” she said.

Heather explained that many years ago, she was in an abusive marriage. She said, “I was in a very bad situation and didn’t even have my high school education. It was a lot of emotional abuse and a lot of threats.”

“The emotional abuse, it undermines you so much that you just can’t focus on what you’re doing. It becomes an obsession to just try to survive.”

She shared that when they were on their honeymoon outside of the country, he strangled her.

“It was horrifying,” she said. “You just don’t understand where it’s coming from or what to do about it.” She said she was left feeling shocked and indignant.

She said there was also financial abuse. Heather was always very independent, starting to work when she was 14 years old, and getting her driver’s license the day she turned 16.

However, she explained, “My ex-husband made it impossible for me to work because I never knew what was going on. The emotional abuse, it undermines you so much that you just can’t focus on what you’re doing. It becomes an obsession to just try to survive.”
In one instance she said, “He pushed me down a flight of stairs backwards and I was knocked out. When I came to – and I was in my pajamas in the middle of winter – he told me to get out of the house.”

By this point she already had a plan in place. “I went to a neighbour’s because she left me a key. Thank God for that neighbour,” she said.

One of the last things her partner said to her was, “At least I have my high school education.” In that moment she promised herself, “Well, we’re not leaving it on that note.”

When Heather decided to end her marriage she spent several months at Anselma House. There, she was connected with a support worker and counsellors.

“They helped me in a lot of ways. They were available 24/7 to talk. I had to kind of shut out my family and friends for a short period of time, because I needed to sort it out myself,” she said. “They helped me to navigate that too, to tell my family that I’m okay and to keep in touch. I used a lot of their resources that way.”

This wasn’t the first time that she was a resident at the shelter.

Heather voiced that a big help for her was participating in a counselling group run by Anselma House. The group was a safe place for her to vent and reflect.

“The shame and the guilt, they paralyze you. They keep you in the relationship because you’re afraid to talk to anybody about anything. You think it’s your fault because they’ve told you this. Only until you reflect and talk to people about it, and get their reflection on it, then you can start to pull back the veil of shame and guilt and make it more transparent. Then you can see that it’s not your fault,” she said.

The experience of stripping back her shame and guilt helped her set a new path for her life.

“I always wanted to go back to school but the whole situation made me realize that it was my own fears holding me back. So I started down that journey after I left him. I went back to finish my high school and then I got my undergraduate degree,” she said.

Following that, when the promise of a management job at her workplace fell through, she gained the motivation to apply to graduate school. “I got into all three programs that I applied for and I went to law school,” she said.

“In a way, domestic violence was actually the impetus for me to go back to school,” she said. She explained that her experience did contribute to her pursuing a career as a lawyer. “It definitely was something that drew me there. It wasn’t willingly and it wasn’t wittingly though,” she said.

She emphasized that the success she has found did not come quickly or easily.
“It was such a gradual process. It’s probably only in the last 10 years or so that I’ve been able to envision myself that way. There was a huge gap between where I thought I was and where the world thought I was. It was very difficult to change my own expectations of myself. It takes a long time,” she said.

Heather hopes that sharing her story will help people understand that escaping domestic violence is not an easy process; it’s a journey.

“For the people in the community who are struggling with domestic violence, they can see that somebody else can make it out of that. I’m somebody who’s very visible and not ashamed of it. I’m proud of my role in that; not how I got there, but that I got there. I found a way to make it a positive experience for me. I turned it around,” she said.

She knows that everyone’s journey is different.

“Human behavior is very difficult to change. So for anybody to take any steps forward at all is huge,” she said.

“The most dangerous time for women in a domestic violence situation is when they leave. If there’s any kind of overt violence, it’s going to escalate at that point.”

She equates it to other times of transition such as the grieving process or quitting smoking. The feelings are never ‘gone’, you just learn to feel them less.

Actually leaving the relationship is especially difficult. “The most dangerous time for women in a domestic violence situation is when they leave. If there’s any kind of overt violence, it’s going to escalate at that point. Women know that and that’s how they’re kept in this relationship,” she said.

Heather said it’s the fear that often keeps women from leaving – fear of not knowing how they’re going to face their partner or what’s going to happen when they do.

In addition to this, there are many other components that make it difficult to leave.

Heather believes it is important for people to understand the realities of domestic violence.

She said that women often don’t even realize that what they have experienced is “domestic violence.” In her role, she helps women understand when they need to stop excusing or justifying the actions of their partner and take legal action.

“Harassment is in the Criminal Code. It’s not okay. We need to educate people how this translates into everyday interactions. The shove is not okay. The bullying is not okay. Being aggressive and coming up to somebody and towering down on them and intimidating them, is not okay. All of that is violence. I think if you call it what it is, it makes it a little easier to address,” she said.

“You can get out and you can live a much better life without the burden of this kind of a relationship.

For this education to happen, she says people need to start talking to each other. “You may not get a warm reception, but I think that we need to lift that veil of shame and guilt so that we can talk about it individually and as a community,” she said.

“We need to change our approach to it and reframe it so that we can move forward through this,” she said. “It’s not that woman’s problem. It’s a problem for society, it affects the whole community,” she said.

Heather said it’s important to stand together as a community and to recognize that any form of domestic violence is unacceptable. It’s also important for women to know that there are resources and help available.

“I think that I’m probably a pretty good role model for the community as somebody that came from nothing – not even high school – and now I’m a lawyer. I went through the domestic violence issue,” she said.

As someone who has stayed in shelter and accessed community resources, Heather said that most of all, she wants women to know that there is help and there is hope.

“You can get out and you can live a much better life without the burden of this kind of a relationship. You don’t even know what your possibilities are. You can’t imagine what the possibilities are until you get to the other side of that,” she said.