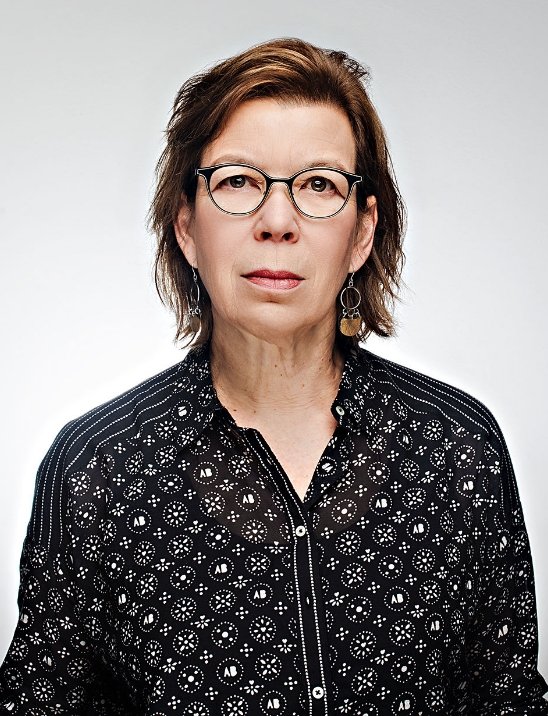 Domestic voilence is not just an issue in the city. It's everywhere. No matter where you go.

Mary Wilhelm is the Executive Director at Woolwich Counselling Centre, a non-profit organization in Elmira that provides professional counselling services for individuals, couples, and families living in the rural Townships of Woolwich, Wellesley, and beyond.
“We are part of the Violence Against Women program through what is now the Ministry of Children, Community and Social Services,” she shared. “Part of that funding envelope involves providing services for women and children involved in domestic violence.”

She explained that a lack of education and awareness surrounding domestic violence is a big issue for many rural women. Women are often unaware of the many forms of domestic violence, as well as the support services that are provided locally. In many instances, women do not realize that they are experiencing it themselves until they begin to work through this with a counsellor.

“They may come in with another issue – it may involve their child, a death in the family, or another problem – then they get discussing their partner not being supportive. Then you learn more and more and realize that they have an issue of domestic violence going on that they’re not quite aware of. They have a sense but don’t understand all the facets that are going on. When you start unpacking that with them, they understand more of what’s been happening to them in that relationship,” she said.

“Once we are aware and they’re within our Woolwich Counseling Centre, we can definitely do something about it. That’s not a problem, it’s just getting them there and making them aware of the resources,” said Mary.

One of the resources that staff can utilize when a case of domestic violence arises, is their partnership with Women’s Crisis Services. For the past 5 years, the organizations have worked together to support women experiencing domestic violence. An outreach worker from Women’s Crisis Services is available to meet on site with counsellors and clients at Woolwich Counseling Centre.

“The outreach worker comes to the rural area of Elmira to help provide resources for women that we have seen that are in crisis and need some sort of support from the city: support from the shelter, legal advice around housing, support on whether to leave or not, or a safety plan. This connection has been just working beautifully, it’s just wonderful,” said Mary.

Mary believes that connections like this are so important because there are not the same kinds of supports available for women living rurally as there are in the cities. “In general, for the rural women, it’s a lot more difficult to get resources and to leave. For instance, there’s very limited subsidized housing out in the area and it’s almost impossible to get,” she said.

With no shelter nearby and only costly transportation options like taking a cab in and out of the city, isolation and accessibility are huge barriers for many women.

“You might be isolated in a small farming community with no one else around to talk to. Your only way into the town of Elmira might be with your spouse while coming to do shopping, with him dropping you off, so you have no opportunity to get assistance on your own,” Mary said.

They may come in with another issue …
Then you learn more and more and realize that they have an issue of domestic violence going on that they’re not quite aware of.

She explained that if supportive housing isn’t available in someone’s home area, they often have to move to an entirely different area when leaving the relationship. “You’re not just moving across the city or moving from Waterloo to Kitchener, you’re maybe moving miles and miles away from home,” Mary said.
This is especially difficult because in cases of domestic violence, it often takes women many attempts before they are able to leave the relationship for good. “If you’re moving back and forth that’s really difficult because you get established in a new community and then to go back out to the rural area where you’re not supported would be a huge burden,” she explained.

“You almost would speculate that when somebody from that rural location makes the plunge, it would almost be harder for them to go back, that they may be less inclined. But there may always be the emotional draw and maybe the lack of support, so they would go back,” she said.

The higher prevalence of weapons in rural areas adds an additional layer of risk. “There’s always a farmer with a shotgun. If there’s a mental illness in either partner, you have a double problem and higher risk for homicide or suicide. So you’ve got that added piece on it,” Mary said.

In rural communities, unique approaches are needed to increase people’s understanding of what domestic violence is so that women can identify it when they see or experience it.

Mary explained, “It’s an education thing and an understanding of how the relationship has transpired and is operating. It may be something that has been going on for years and years, so the person is inundated that way and doesn’t realize how they’ve been surviving, how they’ve been coping in that unhealthy relationship.”

Woolwich Counselling Centre provides outreach services and some group awareness programming for women, but Mary thinks as a community we must join forces to provide the best support and education possible. She explained that a new rural initiative has started, which is focused on reaching rural women who are experiencing domestic violence.

Mary said a group was formed to “consider how to best reach out and advertise so that rural women can be aware of the resources open to them within their local town or city.”
“There was a lot of brainstorming around how to do that in a way in which their anonymity would be protected and they wouldn’t necessarily be exposed to their violent partner knowing that they were doing this. It gets really tricky,” Mary said.

Cell phones and internet – sources of information that we often take for granted in the city – are not always accessible or reliable in rural areas. This creates an added challenge when considering how to provide resources and information to women.

Mary said some strategies included leaving posters with a phone number for women to rip off in local grocery or corner stores, utilizing the places that more isolated groups are already visiting. She shared that this is especially important for one of the five different Mennonite faiths.

“They might travel horse and buggy so you’d be leaving them in spots where they might frequent and would see the poster and could secretly tear off a number or write it down,” she explained.

In order to continue providing these essential resources, non-profit organizations look to the community for help. “There’s never enough funding, that’s the problem. The funding is so low that if community leaders don’t support it, there’s not a chance that there’s going to be a plea for additional funding from anyone,” she said.

Community leaders can help by being vocal about the prevalence of domestic violence and the need to make it a priority. “The more you have leaders talking about it and expressing concern about it, the more widespread the knowledge is, and maybe then funding would follow through,” Mary said.

The more you have leaders talking about it and expressing concern about it, the more widespread the knowledge is…

She continued, “I just don’t think there can be enough awareness brought about domestic violence, bringing it out in the open and having people talking about it. The promotion is great. It needs to be done.”

It is for this reason that Mary supports the #SheIsYourNeighbour project. “I’m happy to be a part of broadcasting more information about it. That’s why I think this project is really important because it’s saying domestic violence is everywhere,” she said.

She urges people to remember that even if they live in a different district or township, rural women are still part of our community, they are our neighbours.

“It’s not somebody completely remote who you don’t know. It doesn’t matter if it’s rural or city, it is women of all races, women of all economic situations, it crosses all boundaries. Domestic violence is not just an issue in the city. It’s everywhere. No matter where you go,” she said.

For Mary, being a good neighbour means supporting anyone who is expressing some concern about an unhealthy relationship that they’re in. She said if she is ever in a group of family or friends and hears people discussing this type of situation, she won’t hesitate to plant a seed.

“As a social worker doing this work all day long, it’s sort of ingrained in you to assist by listening, by offering education and support to anyone that I would run across that would seek it out,” she said.

This is something she believes everyone should do. “Once you say the words, it sometimes sticks in somebody’s head. I like planting seeds so I think it’s really important that everyone speaks out and plants that seed in a way that doesn’t scare off or intimidate or frighten somebody into backing away and not talking about it all together. It’s a tightrope you’re walking, but I’d rather say something than not,” she said.