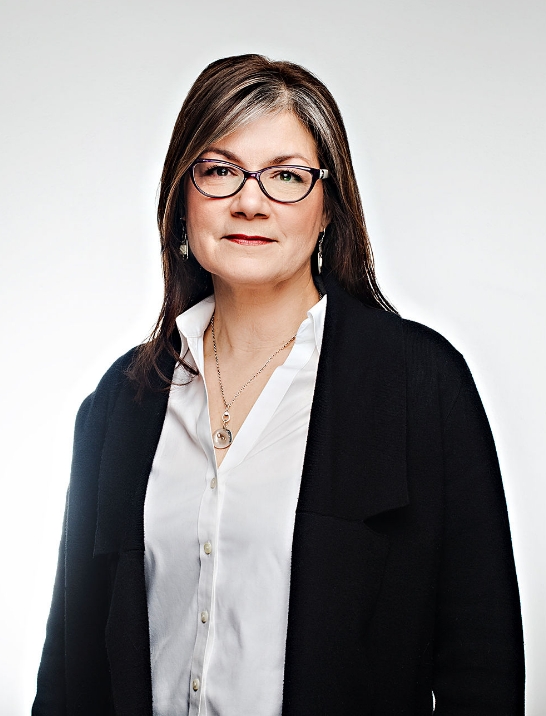 He grabbed my cat, and he held it over the balcony, and threatened it. We were like 19 floors up.

Tric Fletcher’s media career began in radio and has progressed into television and much more. “Radio was my first love,” she explained. “I went to Ryerson for Radio and Television Broadcasting.”

Some of her past roles include working as a news anchor, producer, and hosting her own show for several years called “Grand River Living” which aired on Rogers TV. Currently, she is a radio personality on Faith FM’s Afternoon Drive. “That’s where my love is. I can have my faith and a job that I love all in one,” she said.

Tric also works with her husband, Chef D. She is the producer of the TV show “At Home with Chef D” and she also helps run the administrative side of their catering company. Tric and Chef D first met when she was working in television and she actually helped him get into TV in the first place.

“My producer was looking for a chef and asked me if I knew anyone,” she explained.
She put his name forward and to test his on-camera skills, she followed him with a camera for a week as they attended the National Restaurant Association (NRA). They quickly realized their partnership was a recipe for success.

When Chef D TV first came to life, Tric was also producing her own show called ‘Impact’. The show covered stories of people who have had an impact on someone else’s life without even knowing it.

“Your interaction with a person can put someone on a different trajectory. Those are the stories I like and I got amazing stories from people,” she said.

Tric understands the power that can come with sharing your story, which is part of the reason why she wanted to get involved with the #SheIsYourNeighbour project.

All That Glitters is Not Happy

She knows that not all stories are easy to hear or to share, but when it comes to domestic violence, opening up the dialogue is vital.

“SheIsYourNeighbour is a great way to open up that conversation because you don’t always have a black eye or something visible. People are embarrassed and they don’t want you to know. It’s not a comfortable conversation,” Tric said.

She recalled a time when she asked a neighbour about the jewellery she was wearing, which initiated a deeper conversation.

“I remember she had these rings all over her hands – beautiful, sparkly rings and I told her it must be nice that your husband loves jewellery. She said every time they get in a fight, he does something bad. When he sobers up and realizes the terrible things he’s done, he buys her a ring to apologize. All of a sudden they weren’t pretty anymore,” she said.

…When he sobers up and realizes the terrible things he’s done, he buys her a ring to apologize. All of a sudden they weren’t pretty anymore,

Status, prestige and affluence do not exempt someone from being vulnerable to domestic violence, but they can discourage a woman who is experiencing it from speaking up. For instance, while participating in Women’s Crisis Services’ play ‘Rage Against Violence,’ Tric met a woman who was married to an important public figure.
“It was a very difficult journey for her to leave because of that,” she said.

Tric said she can imagine that the pressure to remain silent is especially heavy when your partner is a public figure. This is why she thinks it’s important to create a safe space for people to express when they need help. She said she hopes that the #SheIsYourNeighbour project will encourage women to open up and seek help.

“You know, when you’re a little kid and you hurt yourself, and you’re like, ‘I’m okay, I’m okay.’ Then you run all the way home and you’re okay until you get in your mom’s arms, where it’s safe to not be okay. That’s what I love about this – it opens the door to being safe not to be okay,” she said.

What Makes a Woman Leave

Many years ago, there was a time when Tric had to reach out and admit she needed help. “Sadly, I’ve been in relationships that have been abusive,” she said adding, “You don’t even know you’re in one. You think this is just a bad day or a bad week. But no, this is wrong.”

When she was in her early 20s she was in a relationship that was psychologically abusive. “When you’re with that person all the time, they basically force how they see you, onto you. Then when you do something that they don’t like, it’s all you and your fault,” she said.

When he became angry he would regularly threaten her, but she tolerated it. Eventually, she was able to leave the relationship. “It’s the weirdest things that give you the courage to get out of the relationship,” she said. The spark for her came when he threatened her cat.

During a big blow-up she described, “He grabbed my cat, and he held it over the balcony, and threatened it. We were like 19 floors up,” she said. At this point she remained very calm and it became crystal clear in her mind that she needed to leave.

After spending some time arguing, with him insisting that she come to a party with him, he finally left. “I knew I had to get out of there now. I started packing up a bag and then I heard him come in and I shoved the bag in the closet. He asked, ‘What are you doing?’ I told him I was cleaning up and to just go, that I didn’t want to be around him,” she said.
Knowing he might come back again, she acted quickly. “I grabbed the cat and put it in my coat. I grabbed what clothes I had and went down to the bus station,” she said.

She was in Hamilton at the time and she needed to catch a bus to her mother’s house in Toronto. “I got on the bus with my cat and went to the back and I’m like, ‘Please don’t meow, please don’t meow.’ There was a couple sitting beside me and they asked, “You okay?” I said yeah but my cat was not supposed to be on the bus so I didn’t want him to meow.”

Tric said she was extremely grateful because when the cat started to meow, the people next to her on the bus stepped in. “The couple started singing a little song so it sounded like them who was making noise. I got to my mom’s with my cat, all in one piece,” she said.

Tric said it’s important to raise awareness about domestic violence so that people recognize the signs as well as the many forms of domestic abuse.

“To keep the conversation open is huge. Without awareness, places like this don’t exist. What if you don’t know about Anselma House and somebody talks to you about what they’re experiencing? We need to know that the support nets are there, not only for you if you’re the one experiencing it, but if that person across you is,” she said.

People must learn that violence and abuse is happening in our community. Tric said, “When you’re sitting in a room full of people and you think of that stat of one in three women experience violence, well, if it’s not me, and it’s not you, that means it’s her.”

We need to know that the support nets are there, not only for you if you’re the one experiencing it, but if that person across you is,

When you realize how prevalent it is, it opens your eyes to be able to support people, she said. “I think you take the naivety away. Then you notice the signs. It sticks. You create a sticky surface and all of a sudden things don’t just wash off your back. It makes it easier to have that conversation to say, ‘What’s up with the rings?’” she said.

Tric said being a good neighbour involves really being there for someone, even when it’s difficult, and even when you’re feeling tired or crabby. “It’s interesting how you go through everyday thinking about the things you don’t want to do because you think you’d be giving too much of your energy away,” she said. “But how do you know it’s not you that is supposed to be getting something from that?”

It’s about creating safe spaces for people to open up, said Tric. “An environment where you have the tools and the arsenal to be able to hug that moment longer, so you create a safe space for that person to release,” she said.

“Sometimes these pushes take me to an uncomfortable place. I think to myself, ‘I’m not going to talk to that guy or I’m not going to engage with that homeless person’ but you have a push to do it. If you respect that push and follow it, beautiful things happen. And if you don’t, you’re closing yourself off to something that could be beautiful. Maybe not even to that other person, it may be for you,” she said.

“We’re all one family, we are all brothers and sisters,” she said. “Whether it be in Kitchener, Waterloo, Canada, North America, worldwide, we are all one family. If we’re not picking each other up, we’re just looking down on other people and that’s not good.”
She encourages people to do what they can to help others. This could be something as simple as offering an extra-long hug, complimenting someone’s hat, or singing on the bus to cover up a ‘meow’- you never know how a seemingly small action could have a very large impact on someone’s life.