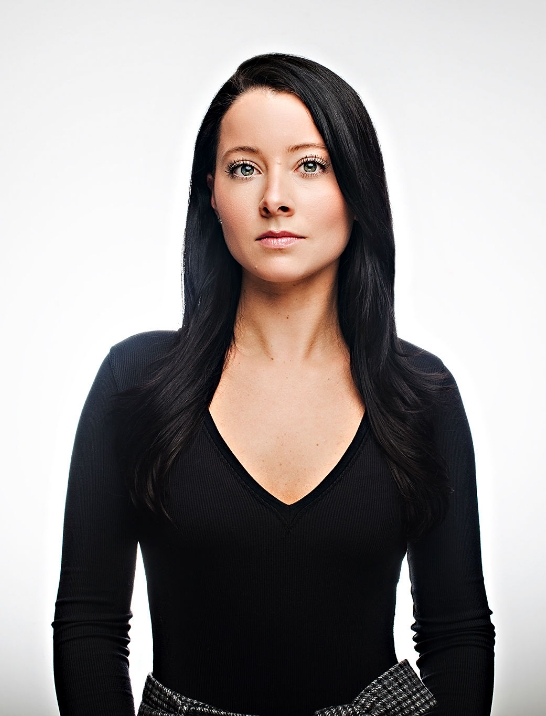 I think it's super important for women and girls of all ages to feel secure and to know that they're better than what they're putting up with.

Graduating from the University of Guelph in 2017, Katie Fox works in marketing and development for Waterloo-based IT solution provider, FoxNet. Her father started the company in 2002 and it has truly become a family business.

“I work there with my two older brothers,” Katie said. “It’s super fun working with family.”
On a personal level, Katie enjoys taking her dog on hikes, spending time at her family cottage, and listening to country music. Professionally, she is helping FoxNet strengthen their ties within the community, which is how she first connected with Women’s Crisis Services of Waterloo Region.

For years FoxNet has hosted an annual golf tournament which has raised over $200,000 for KidsAbility since its inception. As a company, they decided they want to do even more for the community, in addition to the tournament. “We wanted to support charities we haven’t supported before,” she said.

They decided to host a charity event called ‘Nashville Night’ with all proceeds raised to be split between Women’s Crisis Services of Waterloo Region and Sexual Assault Support Centre of Waterloo Region. Katie said, “We thought that these were two really important charities in our community and it just felt like it was the perfect fit.”

The June 22 event will feature live music, food, a mechanical bull, and a silent auction.
“We are super excited and have some great sponsors who we really wouldn’t be able to do this without,” Katie explained. “We would like to do more after this event and are really hoping to make this an annual thing.”

With a mother who works in public health, Katie has been made aware of many situations involving domestic violence.

“Oftentimes you have no idea what’s going on behind closed doors which is one of the reasons we wanted to get involved with this charity and this campaign. Domestic violence can happen to anyone and usually these women are in situations which make it extremely hard to leave,” she said.

Katie has witnessed this happen to a family member whose husband controlled her both financially and emotionally.

“Domestic violence can happen to anyone and usually these women are in situations which make it extremely hard to leave,”

“She is the kind of woman where everything is okay. She always puts on a smile,” Katie said. “She doesn’t really like to express her emotions or what she is going through.”

Often when she made plans to go somewhere she would end up cancelling and making excuses.

“It was very evident that he was controlling in all aspects of her life,” said Katie.

“He was a lawyer and she wasn’t working. When you are in that kind of situation where you have built a life with someone, it kind of keeps you stuck in that position. Finally, she was able to leave, but it did take years,” she said.

Katie shared she has also had many friends who have been in unhealthy relationships. Many of these relationships started as early as when she was in high school.

“I don’t know what it was but every relationship – whether that was my own or my friends – all relationships seemed to be super, super controlling. And I don’t know if it was maybe an insecurity thing because we were younger and newer to relationships,” she explained.
She said nearly all of her friends experienced a jealous or insecure partner that would make them feel guilty for doing anything without them, even if that was just hanging out with girlfriends. This also extended to relationships she saw in university as insecurity issues would arise when groups started getting together and going out.

“As we’re getting older, I think we are able to kind of put our foot down because we know that isn’t right or that isn’t normal,” she said.

The Rise of Insecurity Brought by Social Media

Recently, younger generations have had to undergo a reconceptualization of what is considered ‘normal’ in dating and relationships within our current social media era.
One adjustment has been the use of dating apps such as Tinder and Bumble which Katie explained can lead to a fairly vain process of meeting new people.

Katie said the availability of apps like these can make it more difficult to trust your partner.

“If you’re bored, or you’re wanting to see what else is out there, you can easily just pull up an app and scroll through. You kind of have whatever you want at your fingertips. We all know that that’s what you can do, so the end result is a lot of insecurities,” she said.
These insecurities are heightened when combined with the use of social media sites like Facebook and Instagram that allow people to constantly compare themselves, their lives, and their relationships to others.

“When you’re on Instagram, everyone’s lives seems so perfect. They’re in perfect shape. They have the nicest clothes,” said Katie. “It’s that you’re constantly comparing yourself to other people all the time.”

If you are already feeling uncertain of yourself or your relationship, you only have to go to the ‘Explore’ tab on Instagram to make yourself feel worse.

“There’s women who are posing and they’re on beautiful islands and then it’s like you compare yourself, “Okay, I’m in Waterloo and I haven’t been on a trip this year.” You get in your own head and I think it really contributes to many insecurities that women have,” she said.

Katie said these insecurities can result in women tolerating behaviours and actions that they really shouldn’t.

“You see all these beautiful people on Instagram and you think if you get mad at your boyfriend or girlfriend, that they’re going to leave you, right? And it’s just going to be so easy for them to find someone else who is way better than you are. Again, it goes back to the whole comparing thing. It’s pretty sad,” she said.

People don’t only compare themselves to those they know personally, but also to celebrities. This comes at a time when a lot of today’s biggest and most ‘followed’ stars seem to normalize fighting and cheating within their relationships, whether they be depicted in music videos, on reality television shows, in memes, or as part of people’s lives shared through social media.

“Cheating is just thrown in your face. Everyone cheats, that’s how the world portrays what’s going on right now,” Katie expressed. “I know some of my friends that have been cheated on and by people that you would never think would cheat. You just never know.”

“I think this project is raising awareness and hopefully encourages the community to feel safe and not ashamed to speak up,”

She said there is often a lot of manipulation that comes with cheating, a prime environment to allow abusive behaviours to creep in, often without people realizing it.

“It’s just a whole circle of lies and manipulation. And a lot of times people, unfortunately, get sucked back into it. Oftentimes feel like they’re the problem and they were the reason why they were cheated on,” she said.

Katie thinks this is especially problematic for younger generations who are just getting into these kind of relationships.

“They have no idea what’s right or what’s wrong because they haven’t been educated. They don’t have the experience and it’s scary being in your first relationship,” she explained.

“If you have never experienced a relationship, it’s hard to identify something as ‘wrong’, to say, “Oh, no, this actually is kind of abusive. I shouldn’t be dealing with this. ”You just kind of go with it. You think everyone else is dealing with it,” she said.

Katie believes education could play a huge role in helping people work through their insecurities.

“I think it’s super important for women and girls of all ages to feel secure and to know that they’re better than what they’re putting up with,” she said.

One thing this would do is help people realize they are not alone in their feelings and self-doubts.

“For a long time I didn’t think that everyone else was comparing themselves to social media. So I think it’s important to educate the younger generation that everyone feels this way and it’s not just you,” she said.

“I think this project is raising awareness and hopefully encourages the community to feel safe and not ashamed to speak up,” she said.

Katie believes a big part of being a good neighbour is making time to be there for one another. “Especially now, people are so busy. People come and go. They are busy with their own lives, often avoiding what’s going on around them,” she said.

She thinks this needs to change.

“I think we all just need to really work together on this. We need to get back to being supportive of one another, to not get so caught up in your own lives. Also watch what’s going on around you. Watch for signs. If someone you know is going through something, or you think they’re going through something, just talk to them. Let them know that you’re there for them. We all need to be encouraging and supportive,” she said.